My team is moving back from open to private offices, so it’s an opportune time to find inspiration for the new space. There are all sorts of studies about collaboration and productivity level in open space vs closed offices, but Joel Spolsky and Anil Dash from Stack Overflow and Fog Creek have perspectives from the lens of software engineers that still hold nearly fifteen years later.

Office space seems to be the one thing that nobody can get right and nobody can do anything about. There’s a ten year lease, and whenever the company moves the last person anybody asks about how to design the space is the manager of the software team, who finds out what his new veal-fattening pens, uh, cubicle farm is going to be like for the first time on the Monday after the move-in.

Well, it’s my own damn company and I can do something about it, so I did.

Building great office space for software developers serves two purposes: increased productivity, and increased recruiting pull. Private offices with doors that close prevent programmers from interruptions allowing them to concentrate on code without being forced to stop and listen to every interesting conversation in the room. And the nice offices wow our job candidates, making it easier for us to attract, hire, and retain the great developers we need to make software profitably. It’s worth it, especially in a world where so many software jobs provide only the most rudimentary and depressing cubicle farms.

Just take a look at the long list of requirements for the office space:

The link to photos of the space is broken, but not because the space didn’t work out; Joel’s ideas on workplace design outlasted Picasa. Luckily the NYTimes article on the Fog Creek office still has a few thumbnail sized images. Plus street view is still a thing.

They used bold, playful colors and bright common areas to foster in-the-trenches camaraderie and created private soundproof offices where the programmers can go to get their jobs done.

A Software Designer Knows His Office Space, Too via NYTimes

Spolsky wanted a space designed intentionally for deep work and collaboration, and he put a considerable amount of thought to ensure he built a productive environment for the people at Fog Creek. It paid off.

Spolsky has a treasure trove of knowledge on his blog that spills out amongst others on his team. The rich history is pervasive across those he influences.

With a private office, you’re in control of your space and attention: you can choose when to close the door and avoid interruptions, and when to go play ping-pong, talk with coworkers or work out of the coffee bar. In an open office you’re at the mercy of the people around you: if they’re talking, the best you can do is crank up your headphones and hope to drown them out, and if they’re playing foosball then good luck.

Why We (Still) Believe in Private Offices by David Fullerton

Fullerton’s post shows how teams can create a “magnificent culture of non-distraction” by using technology to keep people in control of how they work. At first, the idea typing out a chat, going back and forth seems less efficient than tapping someone on the shoulder for help, but leveraging technology as a tool to help people stay in the flow actually makes sense.

Whenever we get a new hire in the office, I make it a point to sit down with them in their first week and explain that they should not go to someone’s office when they have a question. Instead, ping them in chat and then jump on a hangout. The result is exactly the sort of culture that open offices are supposed to promote but better:

But what about marketing and design? And how about expanding teams?

We don’t actually even give everyone private offices: some people are doubled up in offices, and the sales and marketing teams sit in larger open spaces because they feel that’s an important part of how they work.

Putting employees first is always at the heart of how we create great places to work.

In 2017 Fog Creek moved to it’s fourth headquarters (1, 2, 3, 4). They could have recreated a bigger version of their office 3.0, but instead they reflected on their team dynamic and arrived at a design that allows people to work in a variety of ways. With a largely remote workforce and a larger percentage of people in non-technical roles, Anil Dash (Fog Creek CEO as of December 2016) understood the existing office design could be enhanced.

The new office also includes a variety of work spaces that accommodate different work modes. Anil mentioned personal offices for standalone work, but they also work well for collaborative work like pair programming. There are workstations for independent or individual co-working, and phone booths for external communication such as sales calls or podcast appearances. There’s also our conference room — known as the “quiet car” — which can be used across a number of different work modes. And true to the nature of our office being flexible and experimental, we are already re-configuring some of these spaces based on how we use them.

Fog Creek treats their office like any other product they produce. With Spolsky at the helm, the company researched best designs, planned with it’s people in mind, built it’s ideal vision, and iterated on the product, improving with each new update.

As the company has grown and changed over the years, so has our office space. Joel’s grand visions for what a work environment should do for employees have been part of Fog Creek from the very beginning, and we have tried to honor that legacy. We also have plenty of plans for the future, and look forward to continuing our tradition of incubating new teams and ideas from within our company and beyond.

For those of you looking to revitalize your open space or bring the aesthetics of open plan spaces to a private office from Design Milk 2017 Where I Work Year in Review. Since these aren’t Fog Creek offices, the productivity may not be at the same level, but they look cool. 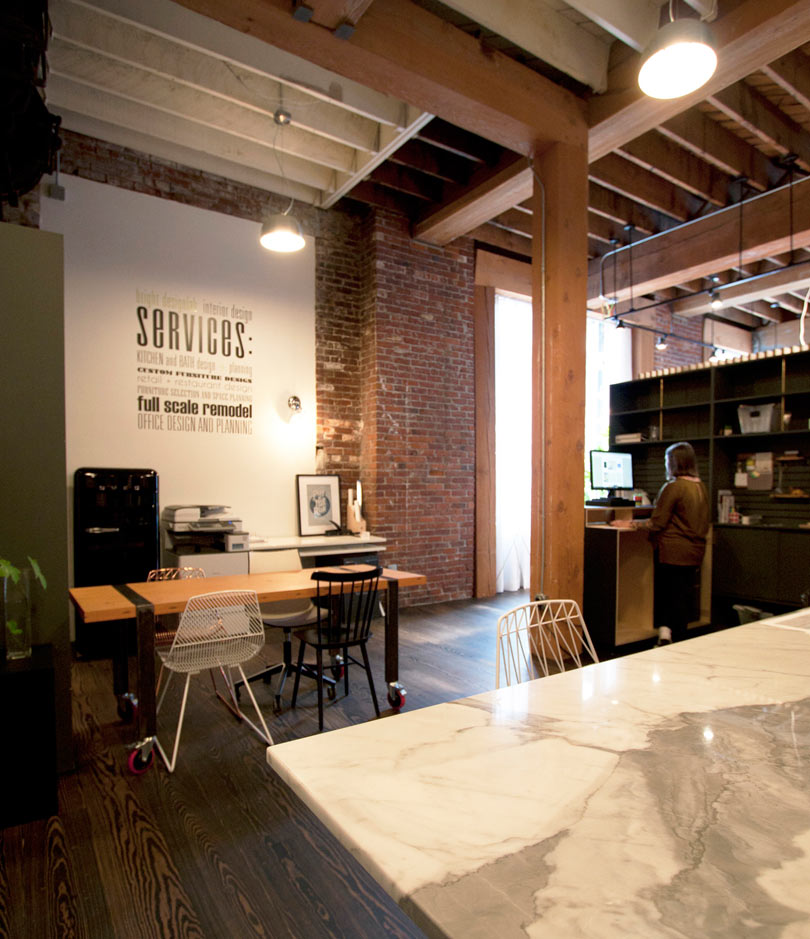 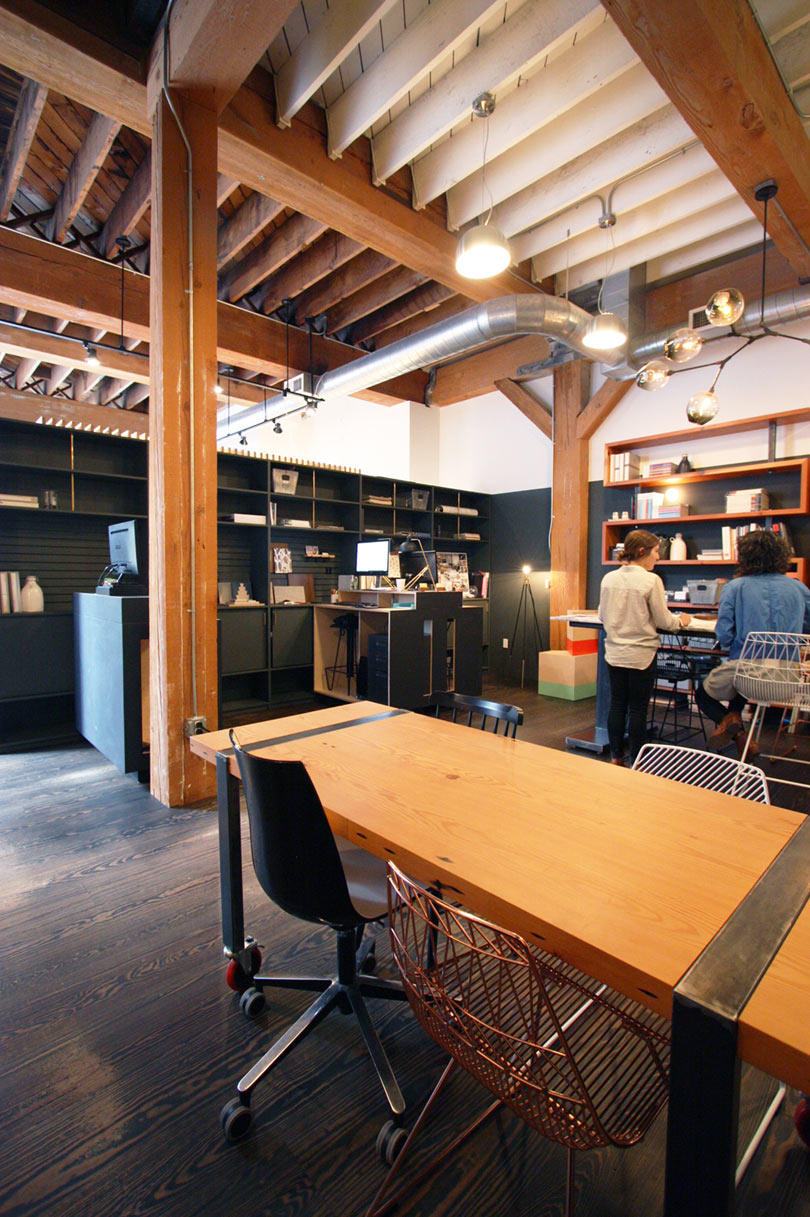 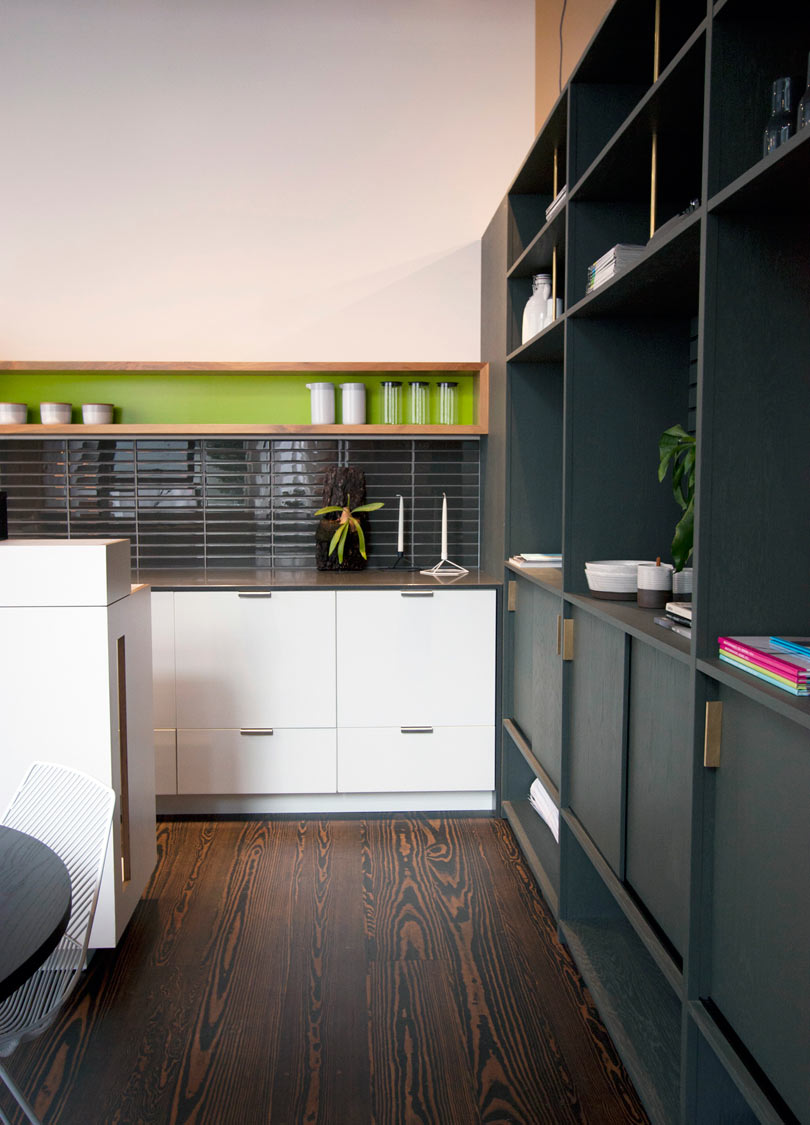 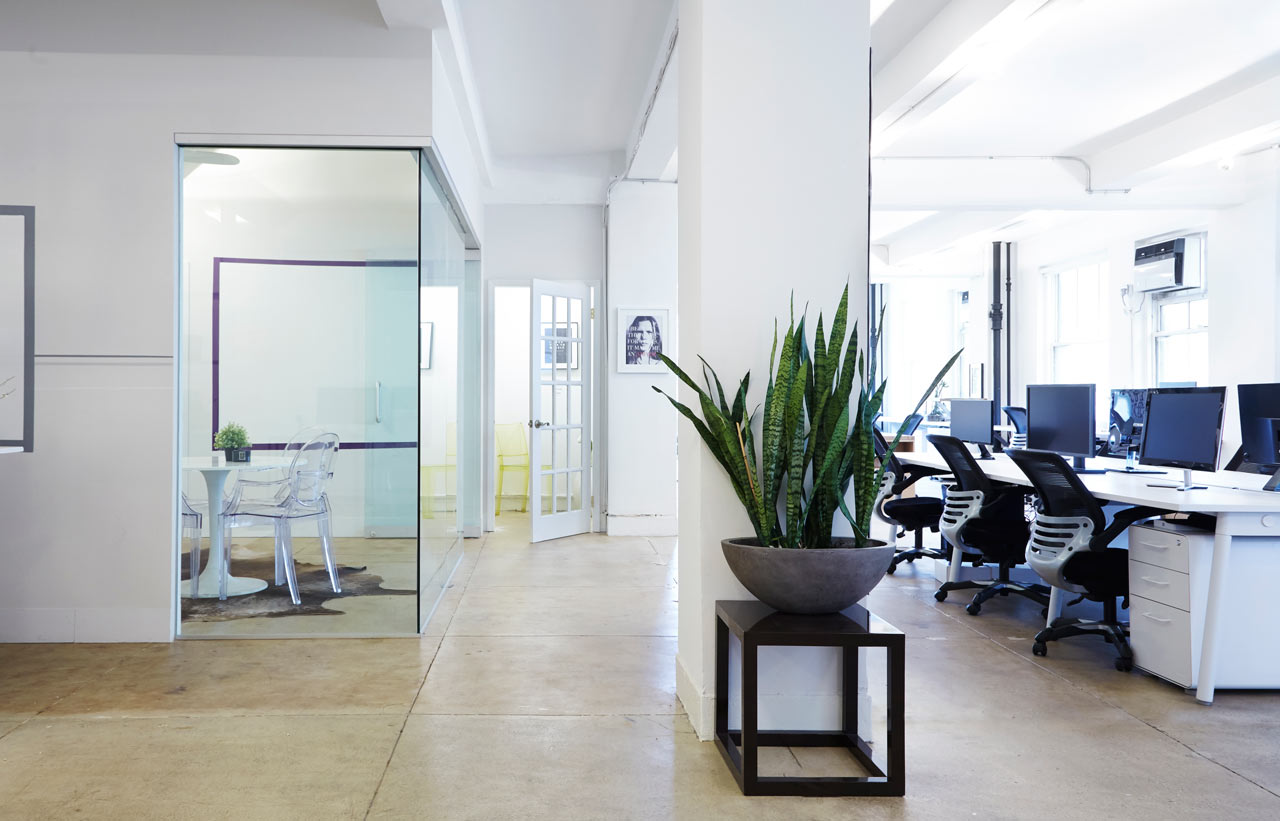 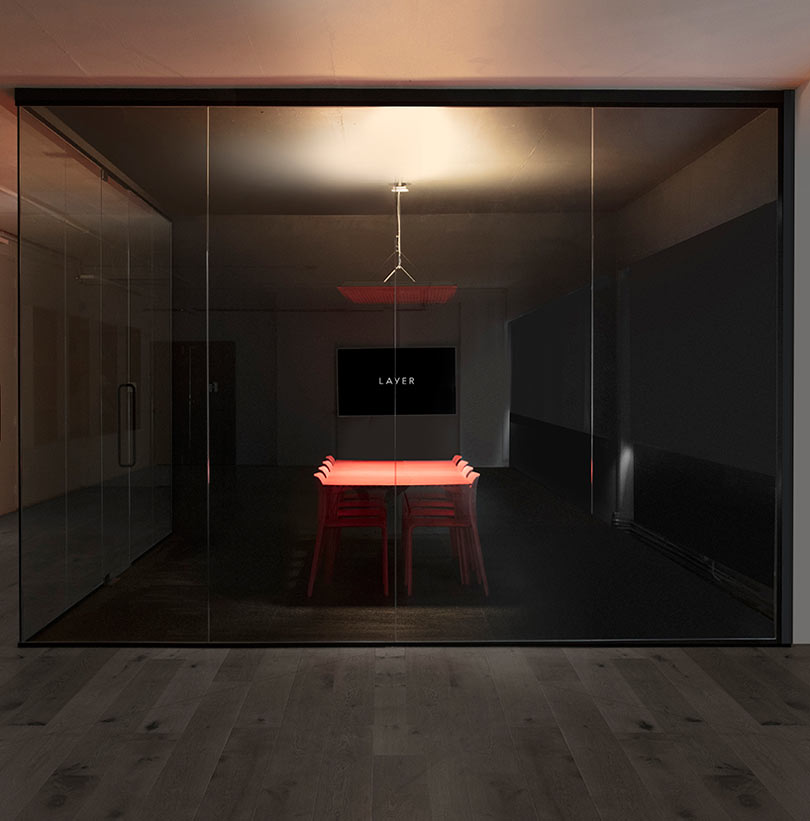 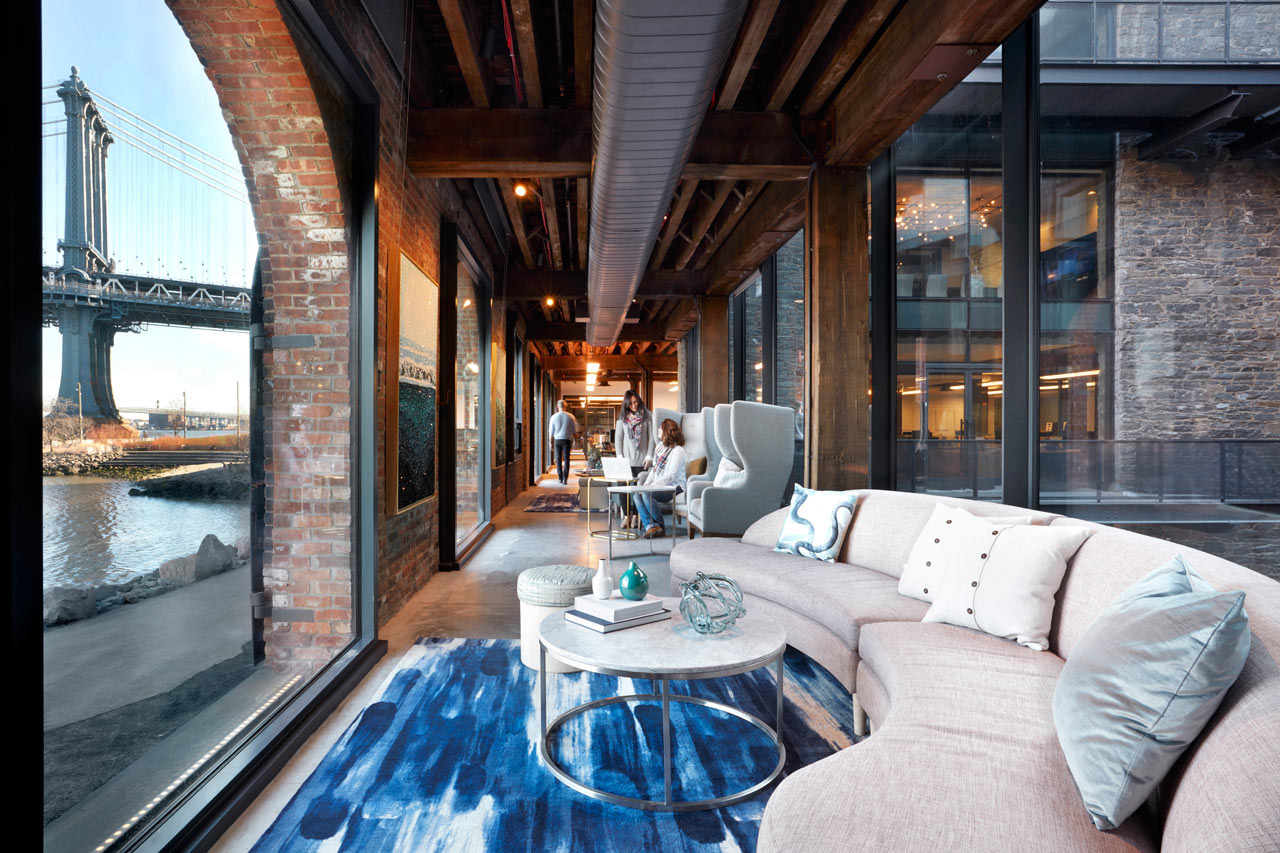 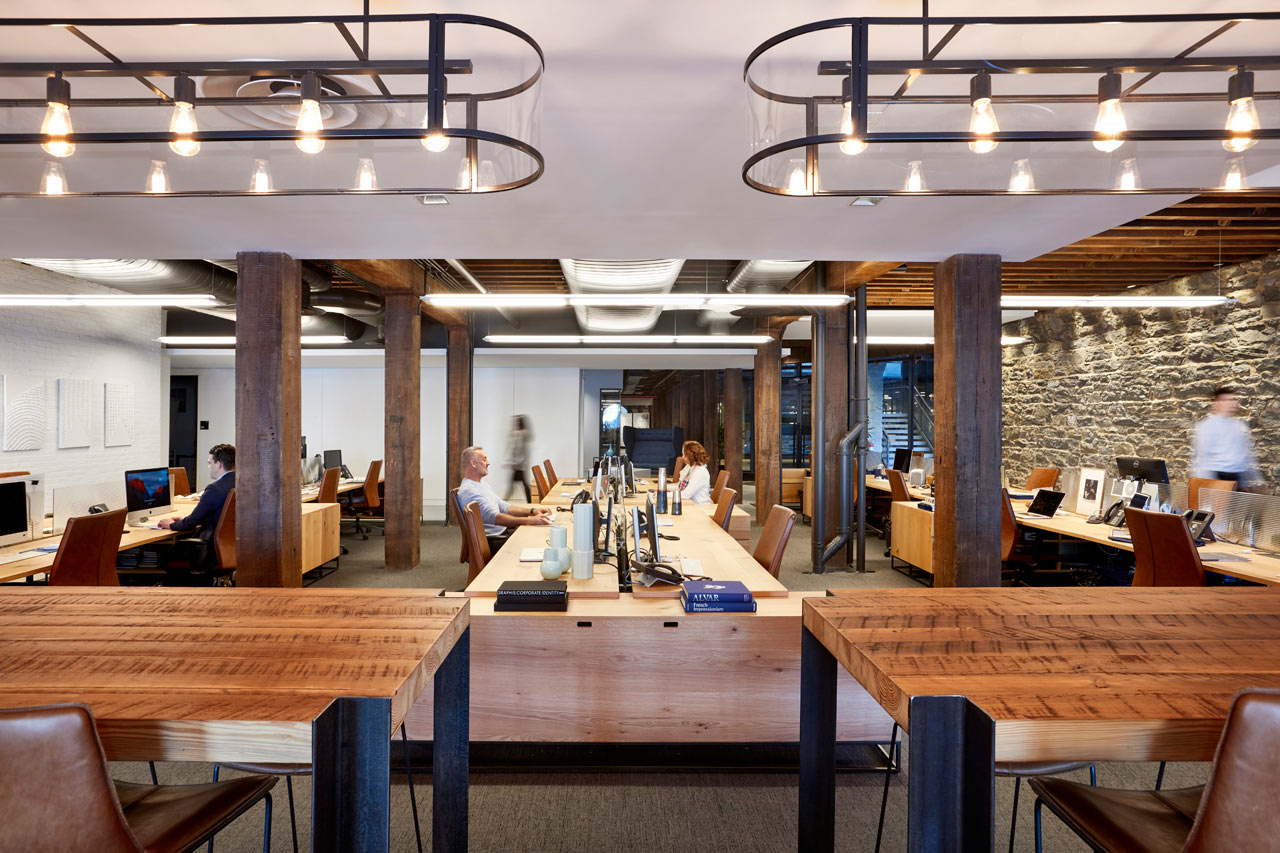 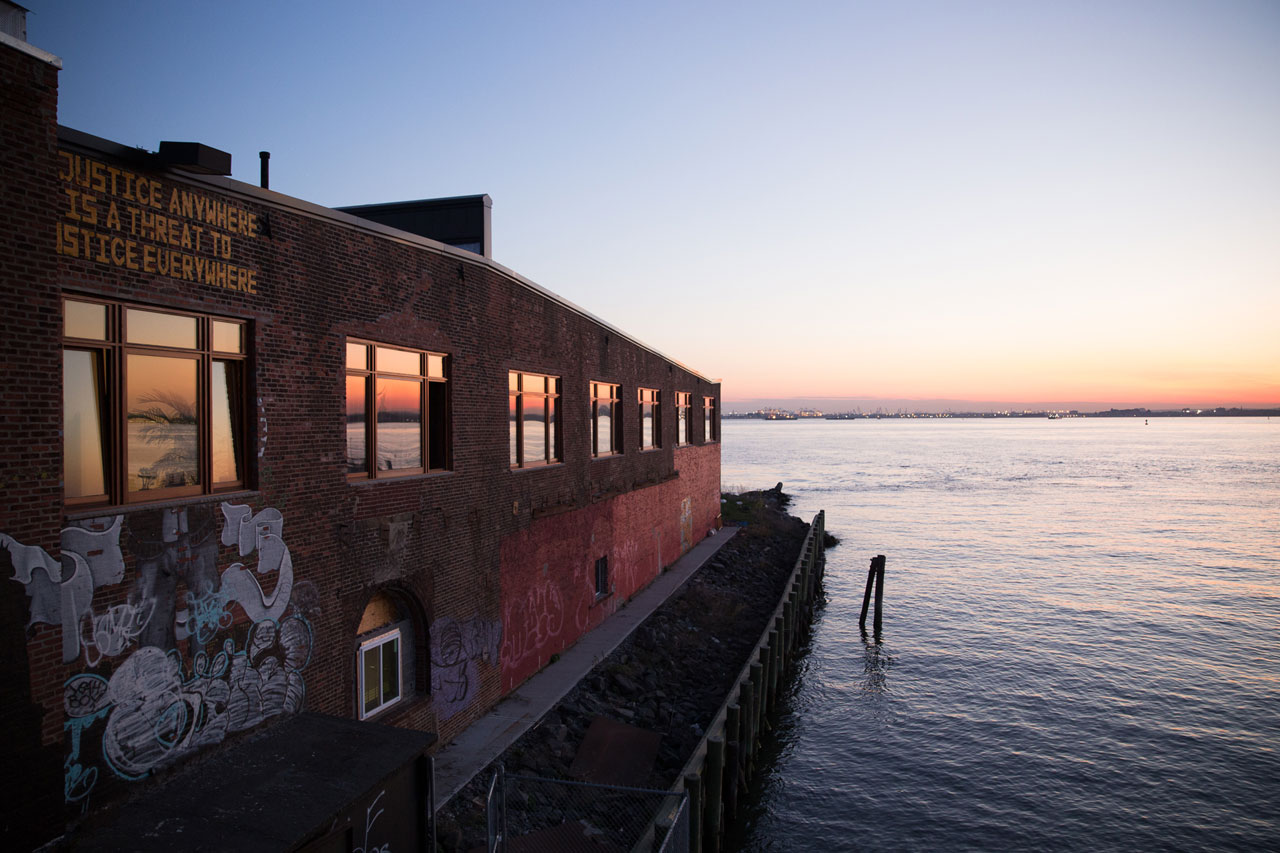 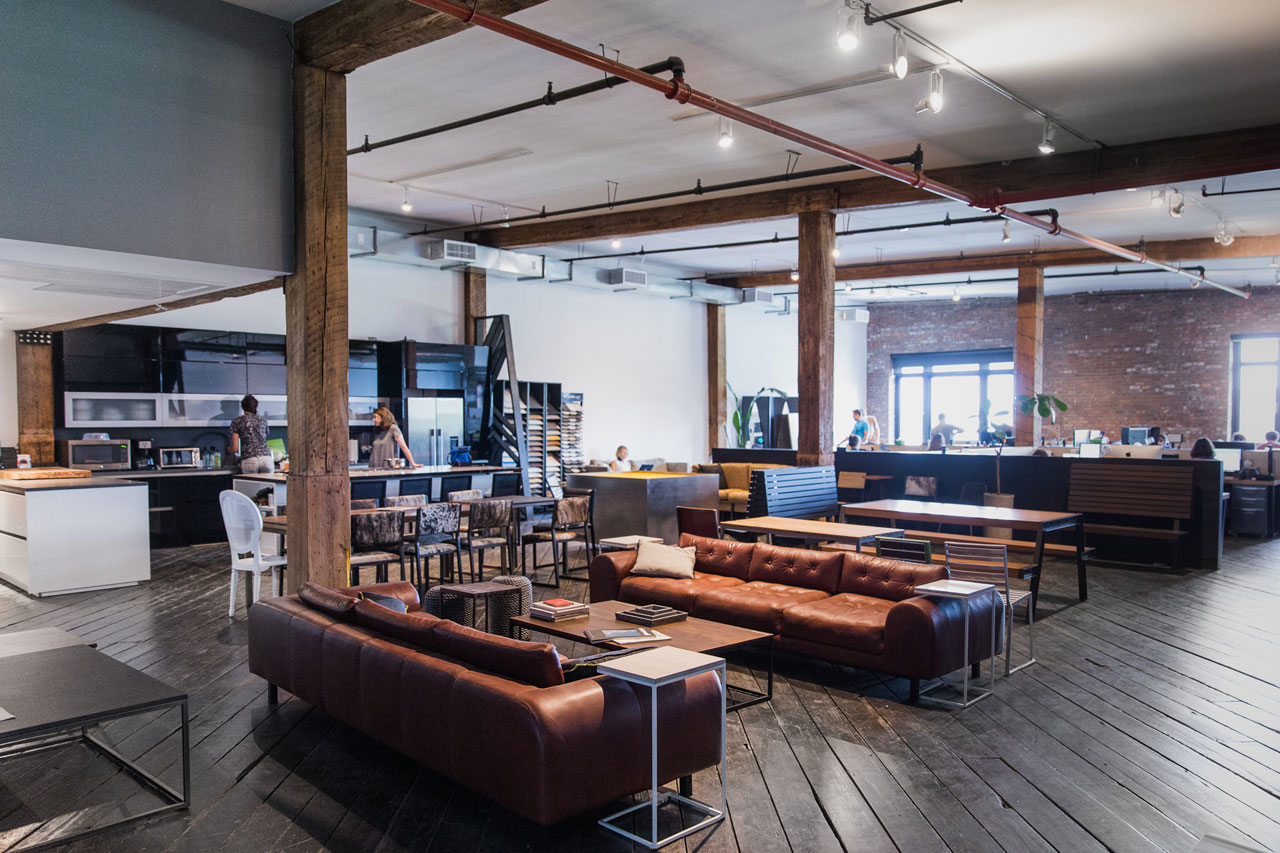 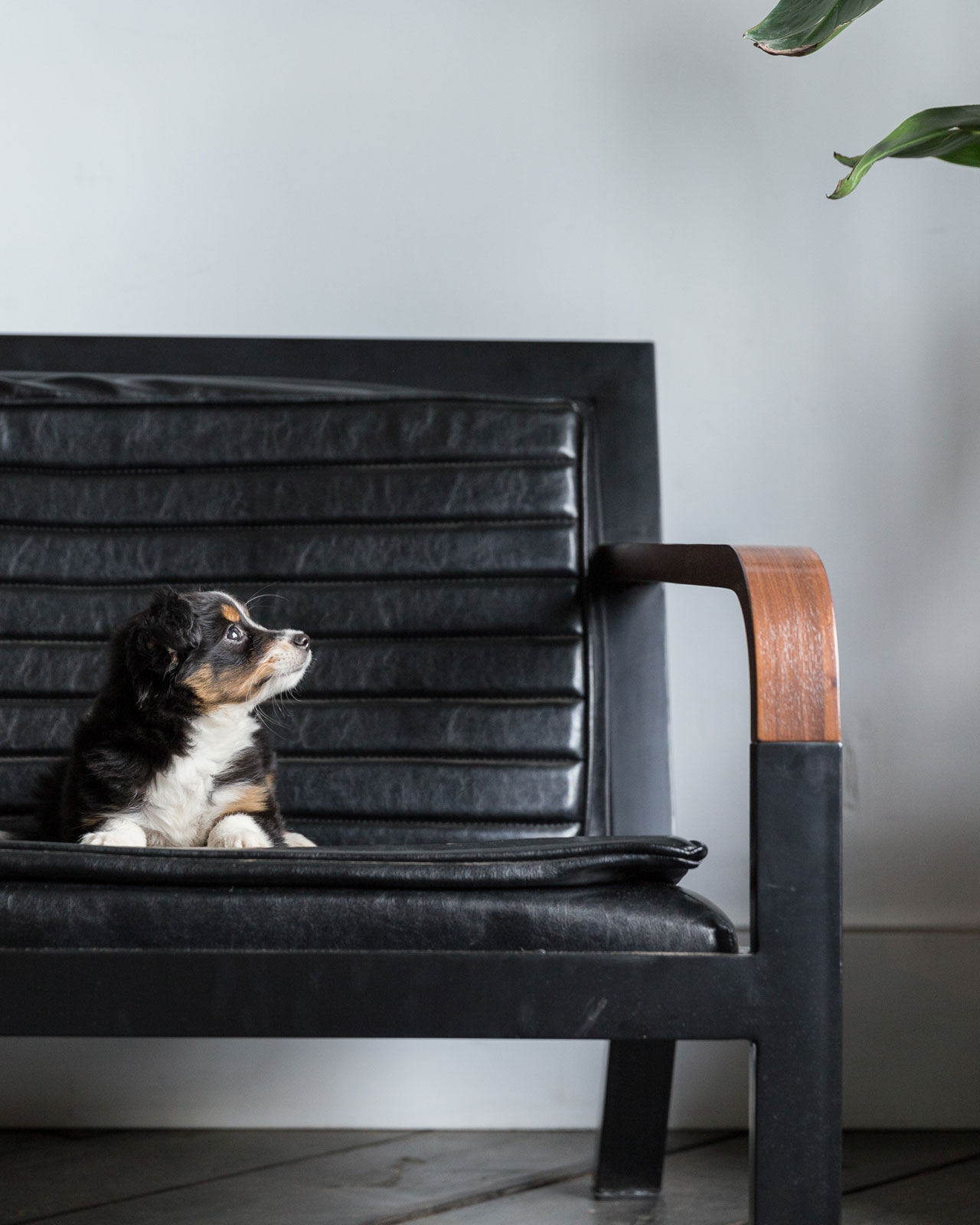 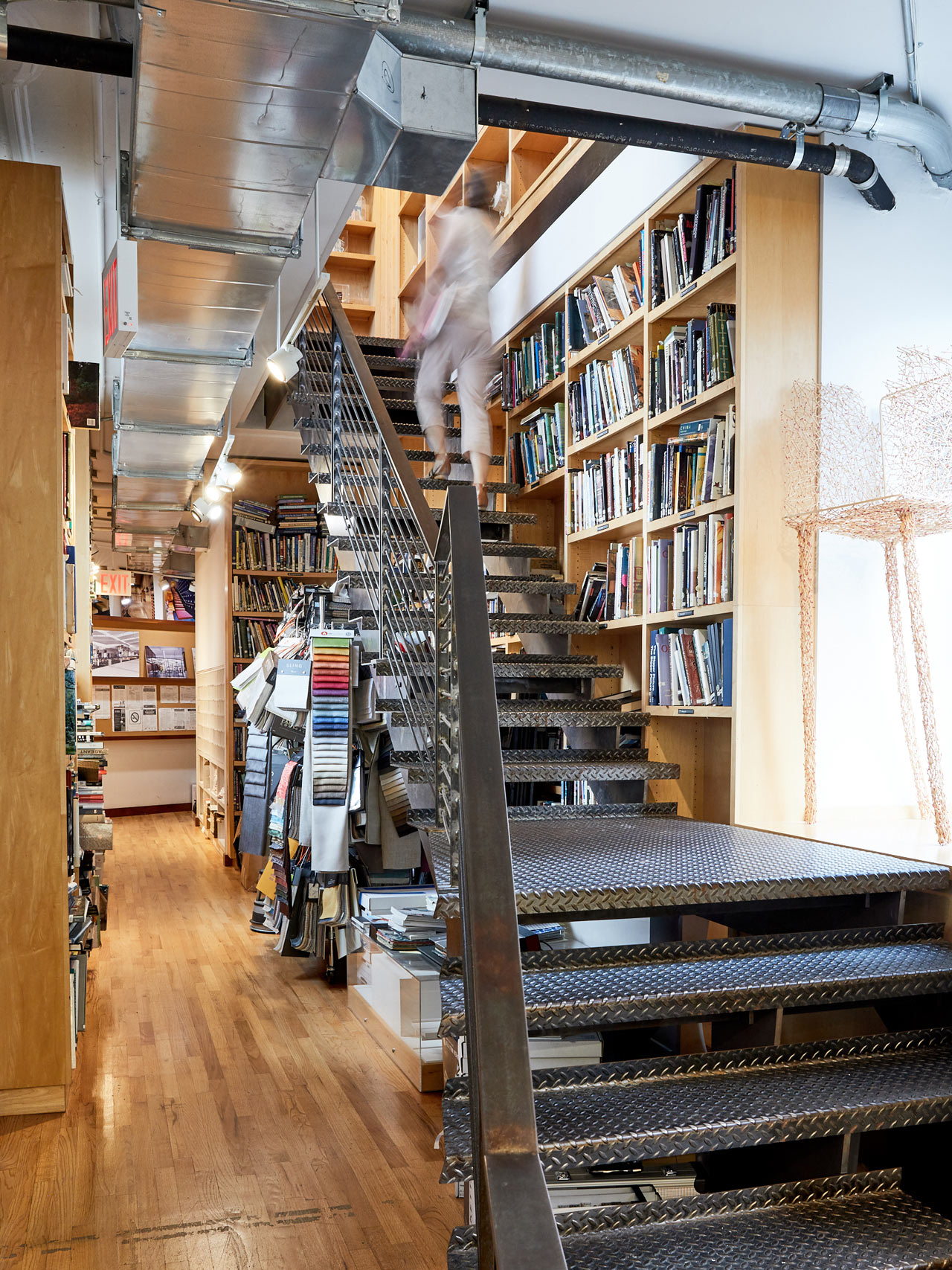 Join 80 other followers
Follow Ryan's Blog on WordPress.com
My Tweets

Buy me a coffee, or

Enjoy the blog? Contribute to keeping it going! No pressure though.